Customers who looked at this item have bought these:

I really wanted a BeatStep Pro but there were just too many bad reviews about bugs etc so took a risk on this instead.
Don't let what you've read on the BeatStep Pro put you off this! (Not bashing the BSP - it just sounds a little too risky right now for my liking. I may well pick one up eventually)


So I updated the firmware on the KeyStep before anything else. For reference, this was to Firmware version 10.0.0.5

First issue - my KeyStep wasn't saving for the first 3 days. I had actually come to the conclusion that it was like this by design and I had misunderstood what I read before buying, and figured the Control Centre must be used if you want to save. It was already on the latest firmware and I didn't change what I was doing or any settings in the Control Centre but it just started saving all of a sudden, and has worked since. Strange and a little concerning, but great now that it's auto-saving.

I avoid using a PC as much as possible with my music setup, since I spend the rest of my life on one, so didn't look in depth at the Control Centre but it looks fairly self-explanatory and nicely laid out.

The arp is lots of fun and works perfectly well. No problems there. It is what it is. Hold one key down and keep adding to the pattern in the order set by the knob.

The mod and pitch strips are very responsive and work well. There's no indicator to show where you are on the mod strip though.

It really bothers me that there's no power switch. Why, Arturia? Whhhyyyy???

The KeyStep quality/build is very good - it's solid and has nice weight (it has a metal plate on the base). The keys are an ok size and don't really 'need' to be full size given what it is, so it's fairly small and portable.. however...

I personally don't need it to be portable since it doesn't move from the home studio. I use a Korg K49 MIDI controller, which has full size keys, for all my gear and it will play the instrument's sound via the KeyStep but the Arp or sequencer can't be triggered using the K49 MIDI controller - you must use the KeyStep keys directly. Bit disappointing, but you can play on top of the arp/sequence with the midi controller without affecting either pattern and can get some interesting results. (Same effect as playing the instrument directly while the KeyStep is running).

The sequencer does what it's supposed to, and being able to switch MIDI channel easily is great - I have this connected to a MIDI splitter (Miditech MIDI Thru 4/Filter) and running into a Korg Volca Bass, a Volca Beats, an Access Virus C and a Novation Bass Station 2. All four of these devices already have either a sequencer, arpeggiator, or both, but it's great to be able to throw the arp or sequencer pattern from the KeyStep at any of the devices. I can try out the same KeyStep pattern on each with the quick push of shift+midi channel key. Playing both the inbuilt sequencers/arps and the one from the Keystep at the same time can be interesting! Endless fun and great for inspiration.

One thing I found which is great and unexpected (and more probably a Korg Volca plus than a KeyStep one but) you can hit record on the Volca and press play on the KeyStep, and the arp or sequence will be recorded! The point is, even though the Volcas have sequencers and are quite capable, the KeyStep goes together with them really well!

One big enough problem I have with it is you can't set sequence length directly, and can't real-time record (as such) to set the length. You can only 'real-time' record over a sequence, once a sequence has already been stepped in -- So it's only a type of step-record which can be updated live once there an existing sequence to update. You can work around this using rests to set sequence length and then playback in time with the clock tempo (such as a drum machine), but it's not ideal and doesn't work every time. I find it doesn't catch some of the rests pressed half the time, so when you add sound, the sequence isn't nearly as long as you thought it would be given how many times you pressed the rest button.
This definitely needs an update.

The KeyStep has randomly crashed on me about 5 times since I got it - it just locks up out of nowhere ..completely unresponsive, and needs to be power cycled (but...NO POWER SWITCH!?). Not great, but I suppose not a huge problem for me as I use it for my own amusement only - probably not too good though if you were using it live to entertain a venue full of people. The crashing occurred both on PC connection and plugged into a standard USB charger. I don't have a 9V power supply to try it with but not sure it would make any difference to the crashing. Perhaps whatever is causing the crashing will be addressed in an update soon, or it might just be my one that does this, I don't know.

The MIDI Control Centre is nice and straight forward, although I don't like how it saves a new entry on every sync, and single clicking on the saved items shouldn't auto load them. A minor annoyance.

I have it taking clock from a Roland TR-8 so don't use tempo knob on the KeyStep but it holds clock time perfectly well.

I'm only using 5-pin midi in and out, not cv or sync, so others will have to give their findings on those. I had briefly used the sync out to connect to a Volca, which worked okay but I needed clock to go through the MIDI out and sync simultaneously which it doesn't do (you must push the tiny switches at the back and select one or the other (or internal or USB) but not both at the same time...so I had to rethink my connections. Not a fault obviously though. It's by design, so just to inform in case you had the same idea.

It's got aftertouch, transpose, hold, 8 note poly sequencing! You probably know that if you're looking at buying one but I think it needs to be emphasised.


So ..despite any of the issues I've encountered (which is why the 4 stars on handling & total), personally I still find it well worth the purchase and a lot of fun. It really enhances my setup and gives me fresh ideas and inspiration constantly and is at a great price!

Send report
handling features quality
Unnecessary annoyances
Morphik, 17.07.2019
I needed a simple keyboard to connect either to a computer, a MIDI instrument or a modular synth. This one has all the connections needed, this a a pro. The keys seem to be good quality (I'm not a 'real' keyboard player, so I can't tell).
The cons, yet, are quite a few :
- If you want to change the control voltage setting, or any setting, you need to sign in to their website, download a software, generate a file, save it to an USB drive, go offline, plug your keyboard into your computer, upload the generated file, etc. I'm not sure if I'm accurate enough, this is so complicated I'm not sure I understood everything. And of course, there's no Linux version. Why not an open source software ? The thing is only a micro-controller with a few keys and knobs, not a jet fighter !
- When you change the octave setting, the button flashes bright white.
This is distracting and can't be changed, even with their software center thing. Users complain, but the company does nothing.
- The firmware hasn't been updated for three years. While it only leaves you with a few annoyances like the flashing buttons, it's a clue that they're in no hurry to provide customer service.
Helpful · Not helpful · Report
Report rating…

Send report
handling features quality
All i wished for!
matthias.bl, 07.07.2021
I really like the Aturia Keystep, because it is small enough to fit on my desk and has enough keys to be able to play over multiple octaves. For me it is the best mixture of size and features. The keys feel very good (but i do not really have a comparison, as it is my first master keyboard).

The Arpeggiator, Chord Play Mode and Sequencer are nice to have, but so far i have no used them too much. Never the less i would definitely recommend this controller to everybody searching for a light weight but high quality device.
Helpful · Not helpful · Report
Report rating…

Send report
handling features quality
Great Keyboard - Highly recommended
Andy M Roland , 06.07.2021
What a powerful little keyboard the Keystep is, as well as being manufactured to a quality, in fact it feels more robust than many more expensive keyboards. Great service from Thomann as always and delivered ahead of schedule, even to the UK. Very satisfied, thank you.
Helpful · Not helpful · Report
Report rating…

Since we ship from Germany, additional costs through taxes and customs may be incurred

The price in AED is a guideline price only! 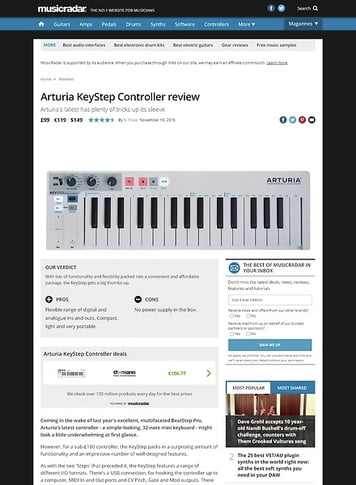 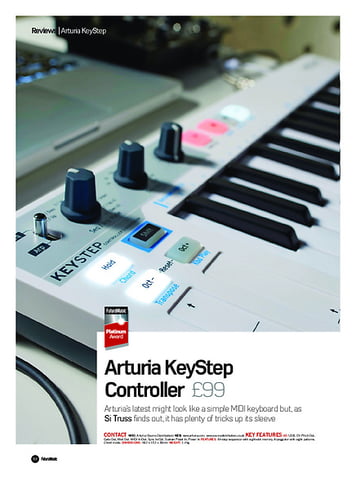 Controller Keyboards
At the simplest level, a controller keyboard, also commonly known as a "master" keyboard.

Controllers
These days, musicians are experiencing the increasing complexity of their instruments and devices at first hand - regain some of the control you've lost!
Interesting Accessories 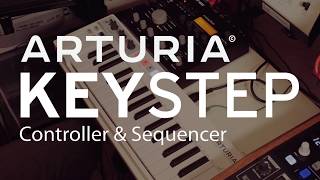 Show all
Why the Arturia Key­Step sequencer is amazing
mylarmelodies 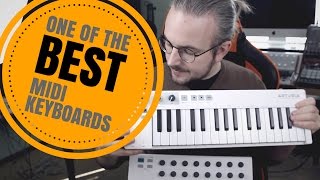 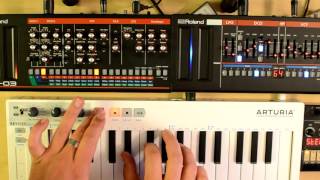 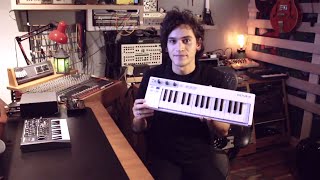 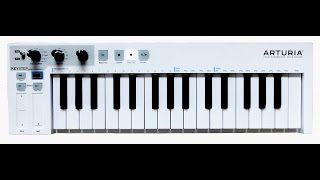 Show all
Arturia Key­step - Playing with the Step Sequencer
ProckGnosis 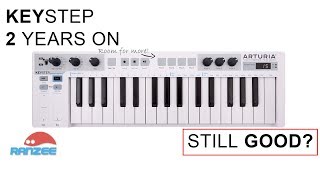