No DJ controller can do without a USB port for transmitting audio signals to from the computer to the interface and for channeling the MIDI control commands the other way; and possible status notifications to the controller. Some models also feature two USB ports for smooth transfer between DJs or DJ teams. The audio interface itself should be equipped with proficient sound converters and powerful drivers which allow for low latency and convert as cleanly as possible. If you only want to work with your controller at home, on your own stereo set, two cinch sockets are sufficient for the sum signal of the two decks, and a jack socket for the headphones. More professional users, in contrast, require at least two outputs, one for the dance floor (master) and the other for a monitor system, which is traditionally referred to as the booth out. With these systems, XLR outs have become the standard to bridge longer signal lines; jack sockets are also frequently encountered for the booth out, and sometimes there is a third recording out, independent of the actual output volume, to record your current mix set. Some manufacturers also include a second headphone out so that you don't have to bring along a mini or standard jack adapter. With budget models, you must allow for somewhat compromised performance when connecting two headphones, since they often share a single amp. Professional setups, however, should perform sufficiently well to enable satisfactory pre-listening and the localisation of instruments relevant to the mixing in noisy surroundings.

MIDI controllers do not necessarily require inputs, but DJs performing for audiences should make sure their setup includes at least connections for a mic and for an emergency backup system (line with direct path to the master), such as a smartphone or a CD player.

If you want to digitize your old vinyl collection, you need at least a phono pre-amp in your device. Turntablists and DVS users who employ timecode vinyls thus require at least two inputs suitable for phono, and the corresponding USB audio channels for signal conversion. It should be noted that not every controller featuring four stereo ins provides the same number of USB inputs. Most often, only the central channels employ DVS mode.

Hosts who do not work with an external mixer require at least one mic in. Some devices also feature two rear connection fixtures, most often jack and XLR. With these, you need to determine whether they are run alternatively to a deck through a regulating switch because they are routed through a single channel strip, or whether each has its own channel directly routed to the master. Sends and returns to integrate external effects devices are not normally standard features, since the controllers are intended to control a DJ application which usually contains its own effects section. 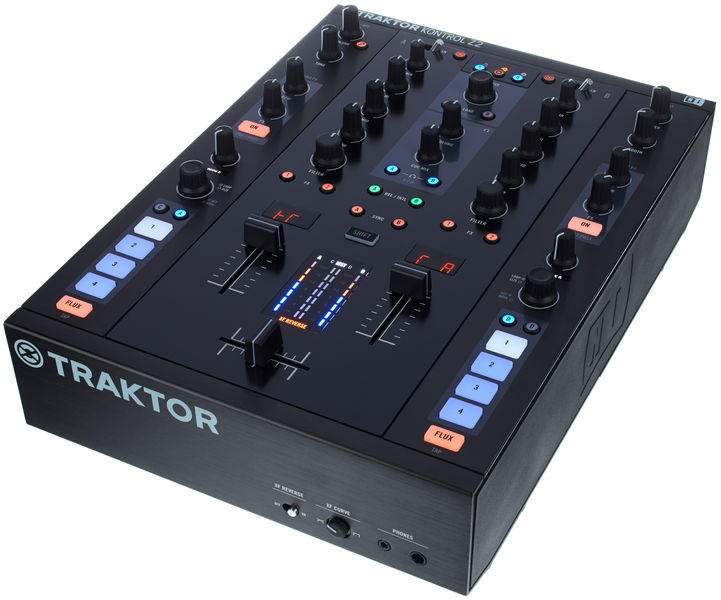 iZotope Spire Studio 2nd Generation; mobile recording studio with lithium-ion battery (up to 4 hours runtime); 2 tracks can be recorded simultaneously; up to 8 tracks per project can be played back; recording format: 24-bit / 48 kHz; up to…